Home » Technical & Tips » Is Darts a Sport? (The Answer Will Surprise You)

The question “is darts a sport?” has been a debate for decades.

The game of darts has moved from the confinement of local pubs to call itself a sport. Leaving many people to wonder if it has earned the right to be regarded as one.

In this article, we will consider reasons why this beautiful throwing game deserves to be classified as a sport and why people have claimed otherwise throughout its existence.

First, let’s clarify what a sport is.

Common Definition of a Sport

A sport is an activity that is hard to assign a concrete meaning.

According to Graham McFee’s in Sport, Rules and Values Philosophical Investigations into the Nature of Sport, there is a list of potential characteristics that should be satisfied before an activity can be classified as a sport. These characteristics include skill, stability, and a huge following.

Skill is required to ensure that a game and associated results aren’t out of pure luck, like when you choose the highest card out of 52 cards in a deck.

Stability is a criterion used to avoid activities such as “hula hoop” from being classified as a sport.

And a wide following is put in place to prevent newly formed activity from being classified as a sport.

These criteria are also used by the International Olympic Committee when determining if a sporting activity should be included in the Olympic Games. 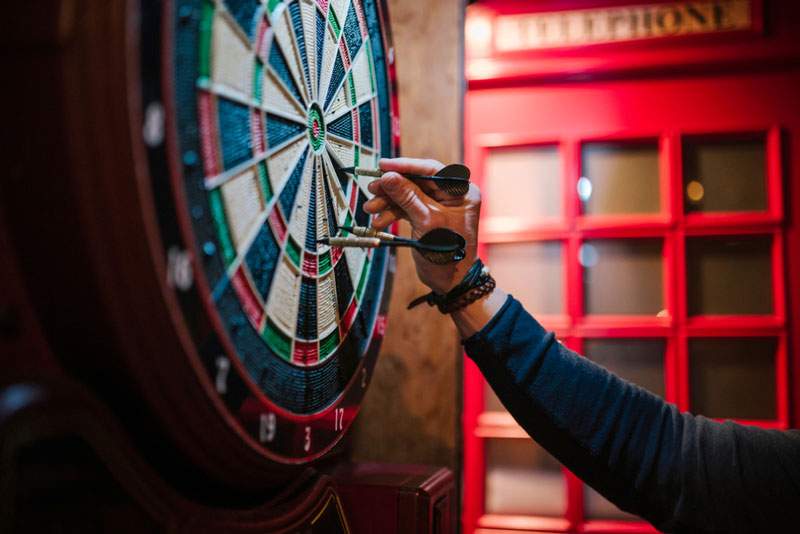 Darts is a game played in pubs. It dates as far back as the medieval times when King Henry VII in 1532 was presented a precursor to the modern-day darts.

Darts evolved from archery. Archery is an Olympic event, and it’s a recognized sporting activity. However, darts has a different story.

According to Patrick Chaplin, who is a darts historian, as a pub game darts has been on the rise since the late 19th to the early 20th century and was a leisure activity for many working-class people in Britain.

However, darts is a sport, and these are the reasons.

The game of darts did not help itself by allowing players to smoke cigarettes and guzzle pints of bitter in between throws.

This allowed many people to question the right to call it a sport. They with right wondered why a sport allowed players to indulge in alcohol during a match.

“Darts as a sport” campaigners twigged too, and the regulatory body eventually forced players to swap their John Smith’s and smokes for a jug of water.

Today, darts is televised like any other big game such as the boxing or MMA, with loud music in front of a broad audience being part and parcel of every professional match. 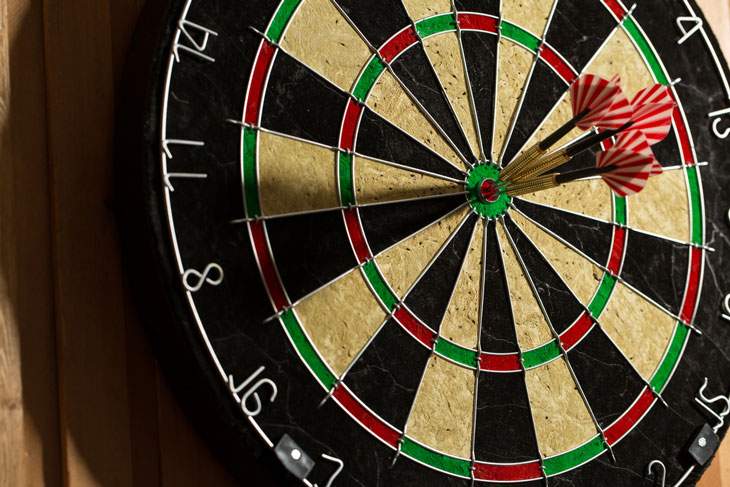 For an activity to be a sport, results must not be down to pure chance. But do darts players only require luck to win?

This point has been raised by several people who considered darts as nothing more than a glorified pub activity.

It is naive to suggest that the best dart players in the world are just lucky individuals.

For a player to land the right throws at the right moment, he needs an enormous amount of skill. Even if a pub regular thought of himself as a fair match against Phil “The Power” Taylor, I can bet my life savings that the pro would defeat him black and blue.

Also, the luck argument does not hold water.

Every sport requires elements of luck at one point or another. It plays a critical role regardless of how capable a team or individual may be.

Think about how many were upset when the FA Cup in the English football division was won by a lowly rated team and not a premier league favorite.

It’s simply because lady luck was on their side on that day.

Another debatable point is little equipment and the preparation required to play darts.

To play, you only need to have a dart board, a couple of darts, and a scoreboard, and you are ready to go. It is inexpensive, but this does not make darts any less of a sport.

Consider football, for instance, it requires only a ball and two goal posts to play.

Cricket requires only a bat and a few chunks of wood to play. “Well, what about the linings on the pitch?” the debaters cry. Yes, darts does not require a pitch nor any form of pitch lining, it can pretty much be played anywhere, and anytime.

Look at it this way. A dartboard is the equivalent of the tennis court or football pitch.

To win a match, a player needs to find his way around certain areas of the pitch. 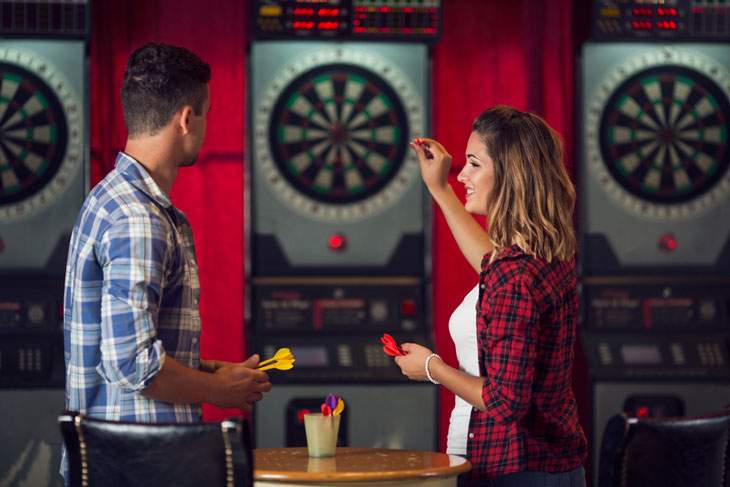 4. From Pub Game to Sport

For many years, darts was a pub game which gained popularity among working-class people and somehow worms its way into mainstream media.

The game changed during the 1990s, when promotion companies, players and fans began to take the game seriously as reforms were made to the game.

Darts big matches played between star players became one of the most sought-after game shows in the United Kingdom.

Darts players may not be athletic, sinewy or the archetypal sport poster boys on goal – but they are skillful players who compete amongst themselves in a ranking system.

The game requires minimal exertion of energy but requires a great deal of patience, accuracy, and natural talent.

These three traits are what players in cricket, tennis, golf, football, and many other sports need to break into the professional scene.

Darts is a game with huge potential to be an engaging sport, and now it is safe to say it’s actually one.