New York is a top tourist destination. But did you know that it is also one of the best places for darts enthusiasts to visit?

There are fantastic places to go for a game.

If you are visiting this city, you need to check out this list of 5 of the best dart players and dart spots in NYC that any dart enthusiast should know. 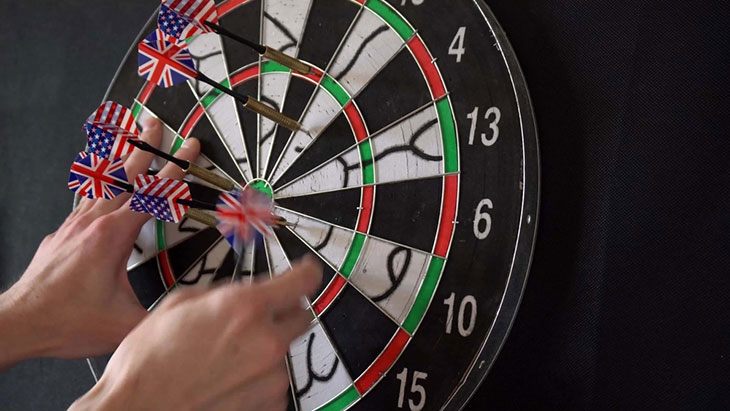 The following are the top five dart players in the New York Dart League of fall 2018.

The top player in the New York Darts league in Fall 2018 is Dax Munna. He ranked number one overall and came first in most of the game types in both his league and division. Dax won the 501 singles and Cricket doubles in his division and placed second in 501 doubles.

In his league, he came first in Cricket doubles and second in 501 doubles and third in 501 singles.

He is part of the "Wo Hop!!!" team which is the second best teams in New York. Their home venue is the brilliant Gaf West bar.

Take a look at this video to see Dax in action. Dax swept the floor with all the other players in the league.

Take a look at this video to see Dax in action.

Mark Livolsi was Dax Munna’s main rival in New York’s 2018 fall league. He placed second overall among all the players.

You won’t believe what his longest winning streak. It is an amazing 16. He is a major contender.

He is part of the top team in the League Garzone's Groupies. Their stats are impressive, to say the least. They have a fantastic win-loss ratio of 199-89.

Chen Chang comes a close third. He scored a total of 12796 points in the New York 2018 Fall League compared to Mark Livolsi’s 13127. Chen did not place as highly in the final roundup of his division as a league, but his total score made up for it.

During 2018 Chen has won several single matches against some of the top players in New York like John LaGamba from Garzone's Groupies and David Khare from @ No Excuses.

He is the captain of Chang Dynasty. This group placed a spectacular fifth in the league.

He is a player to keep your eye on for the Winter 2018 league.

Next up on the list of the best dart players in New York is Todd Lynch. Todd Lynch placed fourth overall in the New York’s 2018 fall league.

First of all, you need to know that Todd Lynch is also a member of the Chang Dynasty. This team is a serious competitor in the league at this stage.

Compared to other dart players, Todd has a pretty impressive undefeated streak of eight wins in a row.

Just take a look at the fixtures, and you will see his name pop up time after time in upcoming matches. He shouldn’t be underestimated.

Another player to beat on the New York darts scene is Ryan Vander Weit. He came in fifth in the 2018 fall league.

Vander Weit has won dart matches against several of the top players of 2018. He has even come out victorious against Todd Lynch and Dax Munna.

In ten weeks he has won as many as sixty-one dart games.

It probably won’t come as a surprise that he is also a member of one of the top teams in the league. He is part of the victorious Garzone's Groupies. Ryan certainly helped his team towards to earn this top spot.

5 of the Best Places to Play Darts NYC 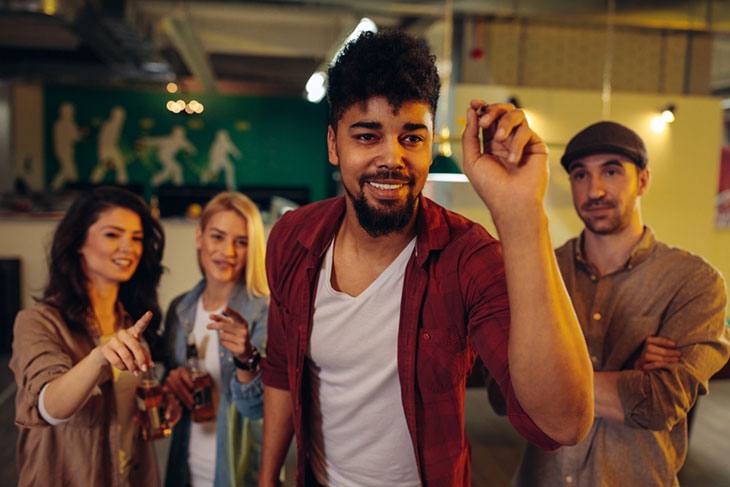 There is no doubt that Kettle of Fish is one of the best places to play darts in New York. This quaint establishment is in the West Village of the city.

The Kettle of Fish is a truly laid-back sports bar. It has everything you want on a night out from drinks to games. It is a well-known spot for a casual night of socializing.

The bar sports several dart boards for you to choose. Each one features its scoreboard. They are set up along a dedicated wall which is great for intense and competitive matches.

One bonus is that there are other games to choose to try. You can try a round of pinball when you need a break from darts.

It has the nostalgic feel of an old-time darts bar nestled in the big city.

Ace Bar has earned a spot on the list of the top places to play darts in NYC ten times over. You will find this spot in the East Village.

There are several dart boards for you to play on. So the chances are that you won’t have to wait long for a turn to play. There are more than enough boards to go around.

You can even order a drink while playing around.

Besides darts, there are a bunch of other games like skee ball for you to enjoy.

The dark interior decor means that it resembles your local dive bar. But with a difference! It is a place where you can honestly feel comfortable and enjoy yourself to the fullest.

It is no surprise that this fun bar has been featured in several magazine articles and reviews.

Here is another place that no true dart enthusiast will skip. Inside and out this bar is worthy of your attention. Its red and gold signage welcomes you in.

Inside you will find a haven for darts players. The Street Bar houses several dartboards which you can pick from to play on. They are neatly set up and are quite pleasing to the eye each with its blackboard for keeping score.

One big bonus is that they hold special dart games and tournaments on big sporting days or for other events.

Don’t forget about its collection of pool tables which is perfect for your friends who prefer this over darts.

It is a real old school establishment.

Look no further than Hell’s Kitchen for a great place for a drink and a round of darts. The Gaf’s West is the place to go if you are looking for an Authentic Irish pub experience.

Gaf is nice and cozy and has an excellent music selection. The pub usually isn’t too noisy, so you will be able to concentrate on darts. If you go for a game make sure to check their daily drink specials.

It is not the biggest bar, but it does have two nice dart boards that you can play on.

Puffy’s Tavern is a bar in the Tribeca area of New York. People love coming here for a round or two of darts with their friends.

It is a very down to earth hangout with a relaxed atmosphere. The casual vibe contrasts the upscale neighborhood of Tribeca. It is a breath of fresh air.

The bar is a favorite of locals, but visitors to the city also love to visit this joint.

Puffy’s is the right choice if you are looking for a place to enjoy some affordable drinks while you play. Their food menu sports some sandwiches that are ideal for the budget conscious player.

The atmosphere is practically buzzing during happy hour.

Final thoughts on a Dart Fan’s Guide to NYC 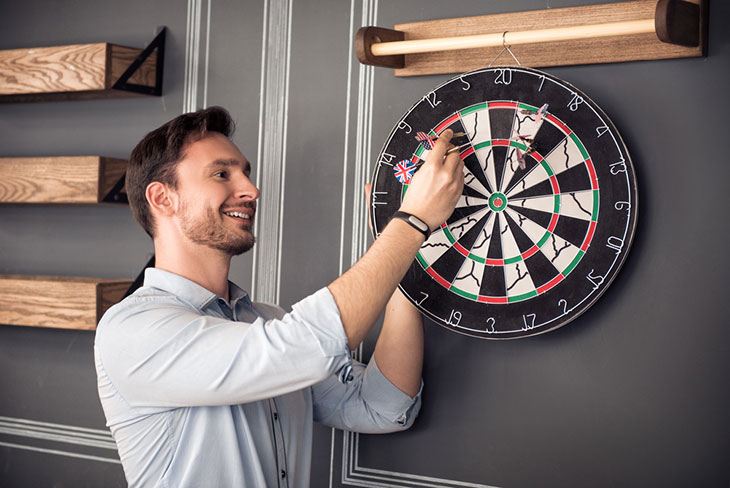 Without a doubt, these are 5 of the best dart players and dart spots in NYC. Whether you are living in or just visiting New York these are the need to know facts.

The Big apple dart scene is alive and well. You will love these fantastic spots to hang out and who knows, you might even get to play with some of the best players in the league.

But before you go for a game at one of these hangouts take a look at this article on how to play one of the most popular games 301 darts.

Tell us what you think about these great dart spots in NYC. Don’t forget to share the list with all the other dart players in your life.